The automobile industry is in the news recently and it is not for good reasons. The industry is experiencing elongated negative growth. The sale of the vehicles across the country has got down to 18.25 Lakh units from 22.45 Lakh units. This has been known as the steepest fall in 19 years. The cars and vans has been the most affected and that includes the biggest dealers of a jeep car showroom in Chennai as well.

What Happened to the Automobile Sector?

But in July, the vehicle sale of domestic passenger vehicle started declining. The reason stated was because of the GST – Good and Service Tax. It also didn’t pick up in the later months because of the heavy rainfall in most of the prime states and flood in Kerala.

Why did Inventory Pile Up?

The decline in sales started to continue in the coming months as well. The fuel price increased, interest rates also became higher and the insurance costs of the vehicle hiked. These circumstances led to the downfall of the industry. The festive season also failed to attract the customers because of the dealer’s high inventory pile-up. Adding to this dreadful situation, the FS & IL crisis led to severe crunch in liquidity which dried up almost all the customers and the dealer’s credit.

These factors resulted in a great negative impact on all the categories of vehicles which included the two-wheelers and commercial vehicles. The negative impact started as an alarming bell all over the country. The automobile industry had little hope that after the election, they would witness a little growth in the sales factor. But unfortunately, nothing happened and the industry started declining more. 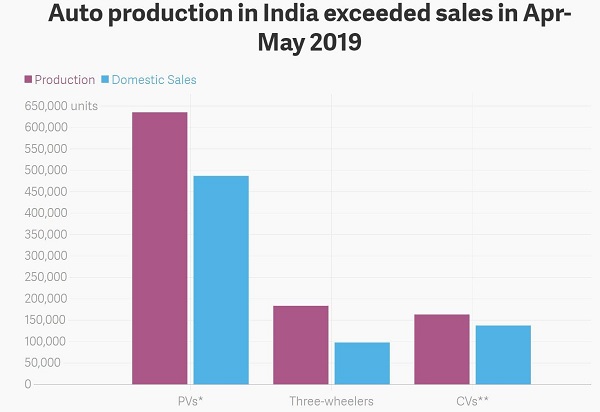 Are Customers Holding Off on Purchase?

There are also chances that few customers might be waiting for the latest BS – Bharat VI regulations or any other latest vehicle in the market. Many vehicles are expected to be launched in the year 2020. So there is little hope for the sale in the upcoming years. But there is also concern doing the rounds among the top players of the industry. Recently, there is too much attention given on the EV – Electric Vehicles initiated by the government. This may encourage customers to postpone their plans for buying diesel or petrol vehicles.

How Many Jobs Have Been Lost?
The automobile industry is known to be the country’s largest employer. It is estimated that almost 37 million people are employed either directly or indirectly. Because of the prolonged negative growth, many productions have cut down on their employment. It is also reported that as many as 16,000 workers have been removed to date and the figure is expected to grow more. It also led to close 300 dealerships all over the country. Closing of showrooms and dealerships in the country has cost Lakh of people to lose their job. There is also a risk of 10-14 Lakh jobs of the workers. 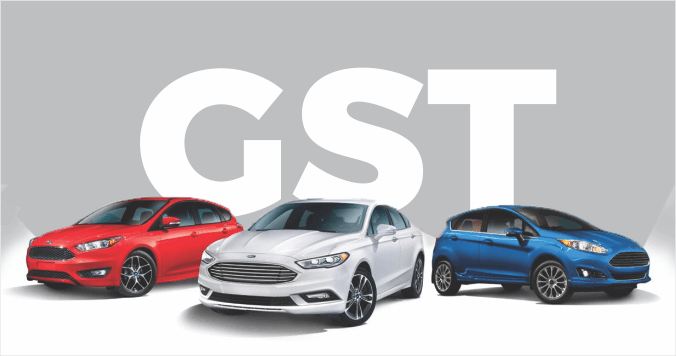 What does the Automobile Industry Want?
The automobile industry is unable to cope with the downfall which has resulted in lakhs of people losing their jobs. The industry tried all kinds of techniques like the offers and launches to attract customers. But it proved to be futile. The automobile sector now demands government intervention. https://www.business-standard.com/article/pti-stories/auto-industry-drives-into-2020-with-hope-after-a-forgettable-2019-119122700228_1.html – The industry hopes on 2020 for turnaround that with the help of government revival packages, there would be a difference in the industry.

The automobile industry demands that the government must reduce the GST, from 28% to 18%. This, in turn, will help in the reduction of the price of the vehicles. It will then slowly give way for the customers. Many schemes and offers will be introduced to attract customers, thereby increasing sales.

The demands by the automobile industry have been submitted to the Finance Minister, but are unsure as to when it will take shape. Until then, the industries are keeping their hopes up with the launching of new vehicles and introducing attractive offers and discounts to the customers.